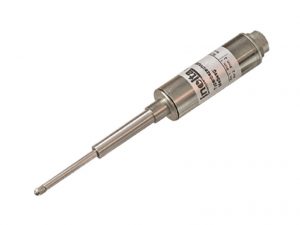 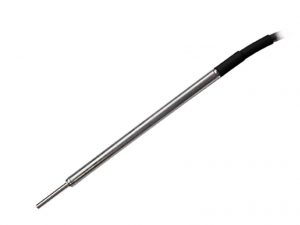 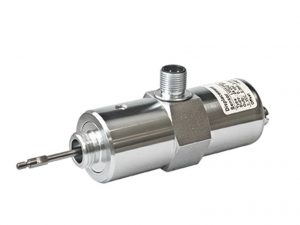 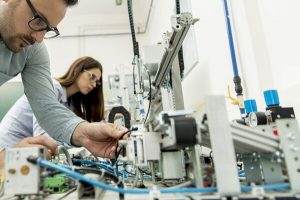 Linear variable differential transformers (LVDTs) are devices that measure displacement or position of a substrate. An LVDT is an electromechanical sensor that produces a voltage or current electrical output that is proportional to the displacement of their internal movable cores.

The point of an LVDT is installed against the substrate or sample that is to be measured. When the sample expands, the LVDT is compressed. Conversely, when the sample contracts, the LVDT expands.

The length of expansion or contraction of the sample can be extremely small such as a few microns. LVDTs are precision transducers, or sensors, that can resolve these minute changes in the sample.

As an analogy, LVDTs are like extremely precise and sophisticated rulers or measuring tapes. However, an LVDT can measure extremely small changes in circumference, diameter or shape of a sample that is impossible with a coarse measuring tape. 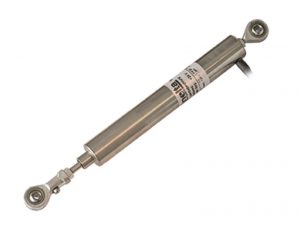 The range of LVDTs supplied by Edaphic Scientific are available in a range of outputs. With this flexibility, it is possible to connect an LVDT to an data acquisition system or supported by the ES-SYS range of data loggers with internet access.

Some of the LVDTs are supported by the SDI-12 protocol. SDI-12 is a digital output that allows numerous LVDTs to connect to a single data acquisition system. Furthermore, the SDI-12 LVDTs supplied by Edaphic Scientific are easier to use and more accurate than analog models.

Alternatively, other outputs include current (4-20 mA), voltage, or voltage with a signal conditioner.

A compression test comprises inserting a sample into a device which then has a load applied. The load is gradually increased until the sample has failed.

An LVDT sensor is used to measure the expansion or contraction of the sample and is correlated against load pressure or failure. The information is then used to determine the level of load a certain characteristic sample can support.

During a compression test, a researcher or engineer typically installs multiple LVDTs around the circumference or length of the sample. Alternatively, LVDTs are installed to measure the compression or load on the sample.

For example, Zainal et al (2020) installed 50 mm length LVDTs to measure the compressive load and an additional two 100 mm LVDTs installed parallel to the sample. It is possible to install LVDTs in any direction or configuration. 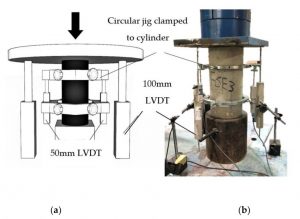 An example of LVDTs installed on a sample for compression testing. Source: Zainal et al (2020).

The ES-SYS range of data loggers, supplied and supported by Edaphic Scientific, can support multiple LVDTs as well as sensors for other parameters such as pressure, temperature and more.