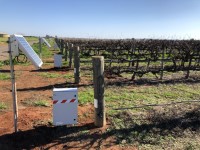 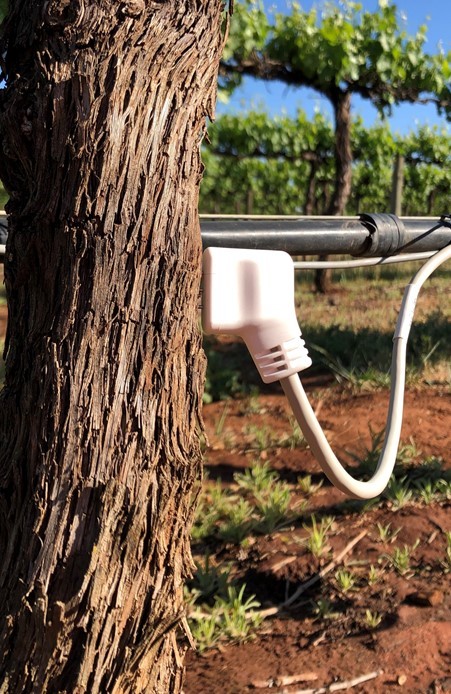 Monitoring sap flow on grapevines during extreme heatwave events has demonstrated that vines can tolerate extreme conditions when soil moisture levels were high. These results were found via the grapevine and heatwave monitoring project in the Riverina region of New South Wales (NSW), Australia.

Heatwaves are “three or more days of high maximum and minimum temperatures that are unusual for that location” (Bureau of Meteorology, Australia). With increasing greenhouse gas emissions, heatwaves are also increasing in frequency and duration. The response of horticultural and agricultural crops to heatwaves is critical for plant health, growth, yield and product quality.

The results from the 2018-2019 grapevine growing season indicated that, when soil moisture was maintained at a high level through irrigation, grapevines did not decrease sap flow, or show any adverse affects, to extreme temperature and heatwave conditions.

These results suggest that important economic crops can tolerate extreme temperature if they are supported by irrigation. Where irrigation is unavailable, or the cost of water is prohibitive, then it may be difficult for growers to manage crops through heatwave events. 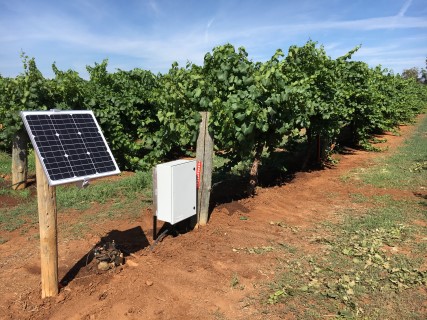 Sap flow is often used as a measure of plant health where a decrease in sap flow indicates a plant undergoing stress. Although sap flow is mainly related to the water relations of plants, there is also a correlation with stomatal conductance, carbon uptake and photosynthesis. During the heatwave, it is possible the grapevines maintained a high level of sap flow as a canopy cooling effect and there may have been down-regulation in photosynthesis. That is, transpiration (sap flow) was maintained at a high rate, because grapevines had access to ample soil moisture, but may, or may not, have altered their photosynthetic rate. Unfortunately, these additional parameters were not measured during the heatwaves of the 2018-2019 growing season so we can only speculate. In future seasons, it is intended that additional parameters, particularly related to vine growth, berry yield and quality, will be measured.

For detailed explanation of the 2018-2019 growing season results, and implications for irrigation management strategies, as well as plant physiology generally, download the following PDF article: