Edaphic Scientific is now supporting a range of Apogee spectral and radiation sensors for Australian scientific researchers. The state-of-the-art sensors measure a variety of spectral and radiation parameters including solar radiation, photosynthetically active radiation (PAR), ultraviolet (UV) radiation, net radiation, NDVI, PRI and infrared temperature for plant canopies. The sensors are SDI-12, calibrated, easy to use, and supported by a variety of IoT enabled devices. The new range of sensors are ideal for applications ranging from evapotranspiration to plant growth and drought stress to solar panels and industry.

the range of spectral and radiation sensors

easy installation with the ZL6 and ZENTRA Cloud 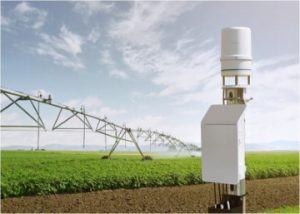 As a plug-and-play system, the sensors simply connect to the ZL6 and automatically start measuring. There is no programming or wiring – the sensors are automatically recognised by the ZL6 logger and start recording data.

Internet access is also available via the ZENTRA Cloud Platform from METER Group. Each ZL6 logger has a built-in modem and Telstra SIM card that automatically sends data to the ZENTRA Cloud via secure servers.

Australian scientific researchers can then access their data via the ZENTRA Cloud Platform. The ZENTRA platform is a powerful interface to support sensors, build graphs, export and manage data. Where cellular service is unavailable, data can be downloaded manually with a USB cable and free software. The data can then be uploaded to the ZENTRA platform.

The Apogee range of spectral and radiation sensors are useful for a range of Australian scientific research applications including:

METER Group (a merged company between Decagon Devices and UMS Germany) and Apogee Instruments have collaborated on several sensing technologies over many years. It is a natural partnership because METER Group is the world leading manufacturer and developer of environment research products and Apogee is the world leading manufacturer of light sensors. Edaphic Scientific is the exclusive distributor for METER Group in Australia with a partnership going back several years. Edaphic Scientific consists of scientists and engineers with decades of experience with environmental research and monitoring devices. The team at Edaphic Scientific provides rapid and comprehensive support for Australian scientific researchers.

Contact us now for more information about the new range of spectral and radiation sensors.